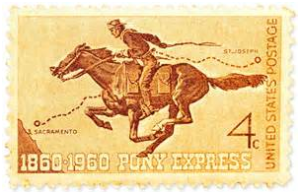 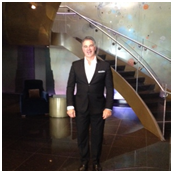 Behold yet again, delivered across our digital and print media platforms, flawed opinion of another fitness industry talking head. Though I’m sure well intentioned and possessing two plus decades of industry expertise, his commentary perpetuates the myth of the demise of the independent gym.  Illusionary and subjective his indictment goes wide, not deep, committing to exile an entire market segment of the fitness arena.

His platform? The resultant phenomena of a robust marketplace dominated by big-box, chain models and the new boutique studios. As I’ll explain, his tenor though authoritative and well meaning is prejudiced. He’s an industry insider that I might add, would be reason enough to avoid his advice. My response to his message “utter nonsense….but also….absolute truth”

In part, his rhetoric rings true for those developers who continue to deliver the same pedestrian gyms to their markets. You know them when you see them. Cross category models including the big-boxes, the chains, small regional brands, and the many independents, all employing nearly identical design aesthetics. The signature features are imitated, duplicated, simulated and cloned by virtue of their adoption in facilities across the country.

These easily identifiable and widely duplicated design elements reinforce the dogma promulgated by fitness industry talking heads. To be clear, what I am saying is “those independent operators who embrace these same aesthetics are those same operators who weaken their market position and sabotage their brands”.  Design alone isn’t the only benchmark that undermines the independent. It’s the wholesale adoption of fitness industry conventions, clichés, trends, pricing, programming and equipment. If you Mr. or Mrs. independent gym owner employ these conventions, than you should so deservedly own your pain.

“At the core DNA of the problem is a fitness industry looking in at itself counterfeiting design, amenities, programming, to wit, the business models of its competitors. This is the alchemy of better sameness that dooms any one brand in a market”

At present, the boutique studios predominate tabloid play. But it’s not the studios which transcend the dystopian future prophesized by fitness doom struck Cassandras. The boutique studios will be gone in five years upstaged by models promoted by a new breed of snake-oil salesmen. It’s the new independent gym developers who will usurp market share, you just haven’t seen them coming at scale. They are converging. And that is good for them. And you. If you are one of them.

The developers we’ve engaged are a new breed of fitness entrepreneur. Outsiders whose vision hasn’t been blurred by the death-spiral of better sameness which permeates the very fabric of the fitness industry. Their clubs are dropping into markets overrun with “like” gym brands…and I mean all of them. These new developers come to the table embracing innovative gym branding philosophies.

Equipment selections are shrewdly specialized, there are no wide swaths of any one manufacture’s brand. Programming and amenities are member specific, diversified, customized and tailored to the member base. Luxury, or better said, upscale, is a common denominator employed as a marketing strategy that reduces the aesthetics of the existing gym brands to pedestrian stereotypes. Design (of course I’m going to promote our contribution) is simply arresting, dramatic and specialized to the model, it is powerfully branded.

In summary, this post is all about branding and marketing. I’m providing you with real-time evidence of a new breed of gym developer coming to market who isn’t swayed by media rhetoric. They trust their instincts. They are B2C laser focused and fitness consumers know it when they see it. To paraphrase serial entrepreneur Gary Vaynerchuk “the market doesn’t care about your feelings”. I would venture to say that could be extrapolated to infer loyalty metrics which would include fitness consumers who will abandon one brand for another they deem superior.

If you think about it, those better sameness gym models I’ve been talking about are B2B focused.  They’re trying so hard to upstage their industry competitors that they’ve lost sight of marketing to the consumer. Let me know how that works out for you.

About Cuoco Black:  Cuoco Black is a design academic, interior designer, entrepreneur and natural bodybuilder. He’s a former faculty member and holds a BFA with Distinction, and a Professional Design Diploma, from the New York School of Interior Design, ranked #1 in the nation for superior interior design curriculum’s by the Design Futures Council.  Cuoco Black is additionally the designer of the Experimental Cocktail Club, Paris France, rated one of the top 20 Bars in the world. 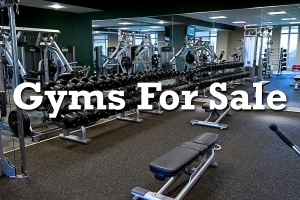 Download The 10 Reasons Your Gym Business Has Become Stagnant

You’re not going to believe it … And It’s FREE!