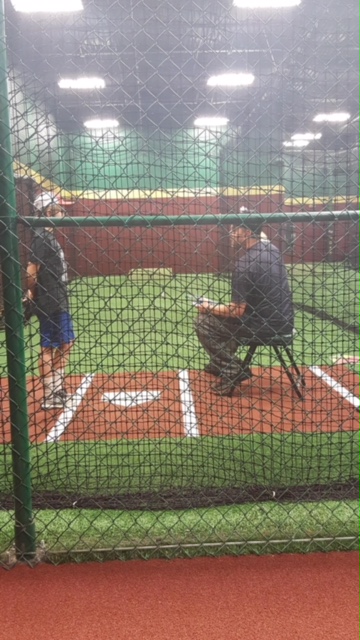 D–BAT Lewisville is pleased to announce the selection of long-time client Dylan Thomas by Cepeda Baseball to represent the United States in the Caribbean Classic to be played in the Dominican Republic this summer.

D–BAT Lewisville is pleased to announce that 11U baseball player Dylan Thomas has been selected by Cepeda Baseball to represent the USA in the Caribbean Classic to be played in the Dominican Republic from June 10 – June 17th.

Under the guidance and direction of Clint Goocher, instructor at D-BAT Lewisville, Dylan has learned proper mechanics, fundamentals and knowledge of the game. “We know that every player develops differently and we take this into consideration with each athlete,” said Goocher. “My focus is to teach young athletes how to play the game and have fun doing it.”

“D–BAT Lewisville is my second home. I have been playing for six years and I never would have made Team USA without the help from Coach Clint and everyone at D–BAT Lewisville.“

premier baseball and softball training facility in north Texas. The main goal is to provide professional instruction in an environment that develops baseball and softball players at all levels. Our instructors “next level” approach enhances the players understanding, appreciation and enjoyment for the game while ultimately putting them on the correct path to achieve their personal goals as well. From our developmental youth camps/clinics to private lessons to the latest equipment and hottest apparel, D-BAT Lewisville is your premier one stop baseball and softball training facility. For more information, please check out our website at dbatlewisville.com